Emotional Decision Making – and What You Can Learn from Virtual Reality 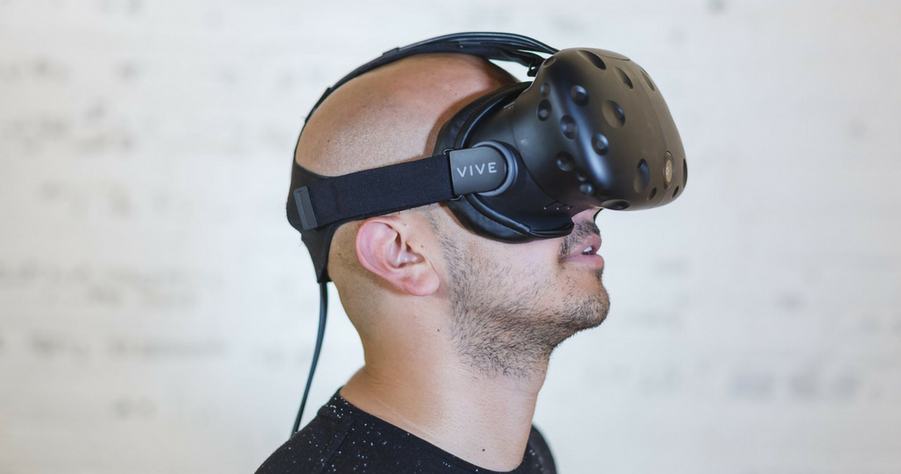 I was at a networking event chatting with a chap called Kevin, Director of AtmosVR. They create virtual reality experiences – you wear a headset and backpack with a computer, and you work your way through an event space interacting with a virtual world.

Here’s an example. You go up 160 metres in a lift. The door opens, and you have to walk out. Through your headset, you see a plank with a massive drop below. (Take off the headset, and you only see a piece of wood on the floor.)

With your headset on, you’re instructed to walk out on to the plank. Would you? Kevin said one lady point-blank refused to leave the lift. Most people mince their way forward as if they’re scared of losing their balance.

Once you reach the end of the plank, you’re told to jump off. Almost no one does. Kevin’s seen people sit down on the wood, hugging their knees, flat-out refusing to move. Paul, a social media manager who did the experience, described it as follows:

‘Your brain won’t actually let you step off the plank. Even when one part of your brain is saying “Nothing will happen – just move your feet,” your body won’t respond because another part of your brain won’t send the necessary signals to your legs. The only way I could force myself to move was by taking off the headset or closing my eyes and imagining an empty room with a piece of wood on the floor. I had to actively change what my brain was visualising before it would let my body move.’

This response is down to the part of your brain called the limbic system, specifically the amygdala. The amygdala is the centre for emotions, emotional behaviour and motivation, and it governs fear conditioning. In simple language, it causes your fight-or-flight response – its the part of your brain that prevents you from doing something that will hurt. This instinctive part of the brain takes over from the rational part (prefrontal cortex) and drives the way we process the world around us.

Marketers have an important lesson to learn from this

Your product or service is probably not asking someone to walk off a virtual plank into a free fall. But your customer’s brain is still actively processing every aspect of what you say and do, and factoring it into the decision-making process.

The lesson from Kevin’s VR experience is that even when we want to behave rationally, our brain can override and makes us respond emotionally. And that means all the features and benefits in the world won’t cut through and build a relationship unless you’re making an emotional connection with the people you’re talking to.

Harvard Business Review published some salient research on the science of customer emotions. It reviewed 100s of brands in dozens of categories and concluded that ’emotional motivators’ provide a better gauge of customers’ future value than any other metric, including brand awareness and satisfaction.

So when you’re framing your marketing messages, ask the following questions

How do you want them to feel when using your product? Think about the different touchpoints along the customer journey and the different emotions being experienced. Take our CTO. He’s feeling relief because he’s finally found a solution after looking for ages. Excitement, because he feels a synergy with the people in your business – there’s a shared outlook and mindset. Confident, because he can walk with straighter shoulders since a major problem is going to be addressed. Anticipation, because he’s finally going to be able to bring a new product to market.

How can you engage the instinctive part of the brain (limbic system) so that your prospect stops and thinks – ‘These guys are really speaking to me.’

And in today’s busy digital, information-rich age, that’s the holy grail, isn’t it? Getting your ideal customer to stop, give you their attention, and think – ‘My life is about to get a lot better.’